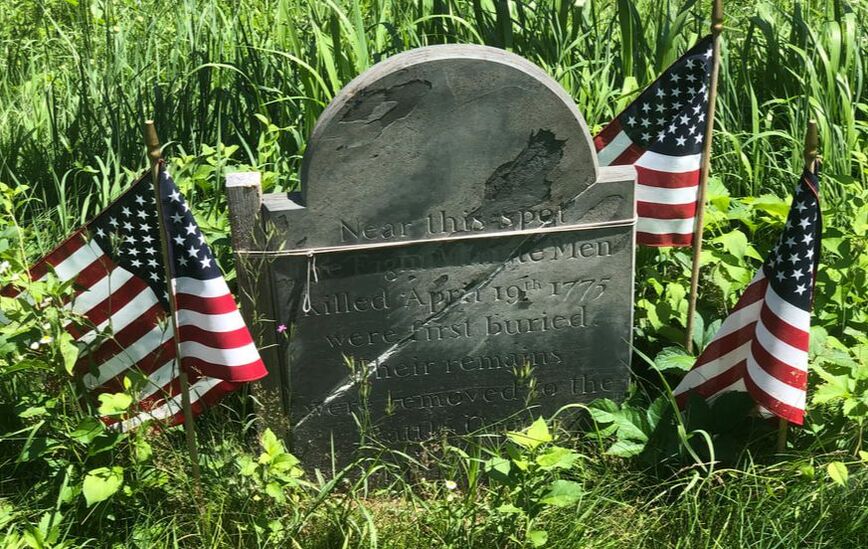 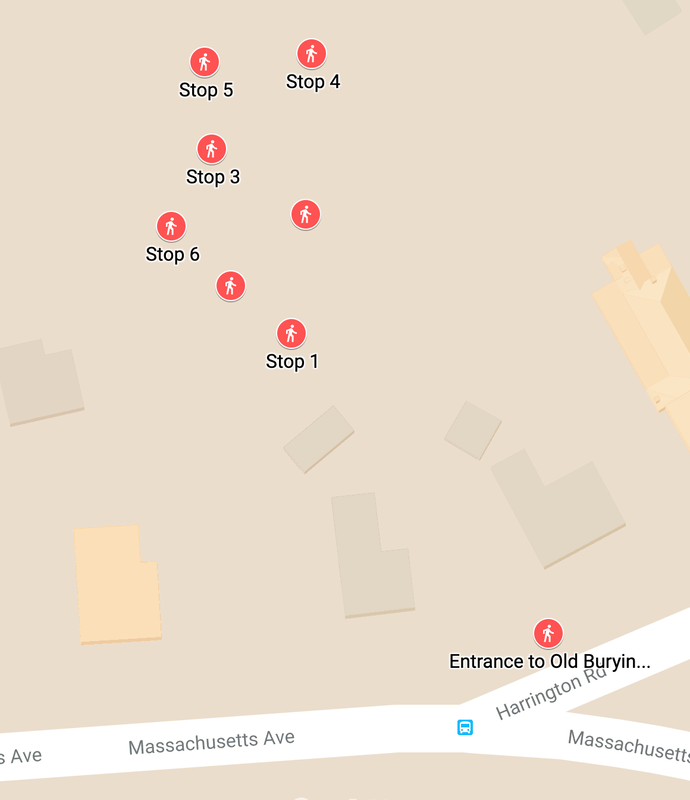 The eight militiamen killed on April 19 were hastily buried here hours after the battle. Twelve-year-old Elizabeth Clarke, daughter of Reverend Jonas Clarke, recalled the scene years later in these words:
​
"I saw them let down into the ground, it was a little rainy but we waited to see them Covered up with the Clods and then for fear the British should find them, My Father thought some of the men had best cut some pine or oak bows and spread them on their place of burial, so it looked like a heap of Brush." 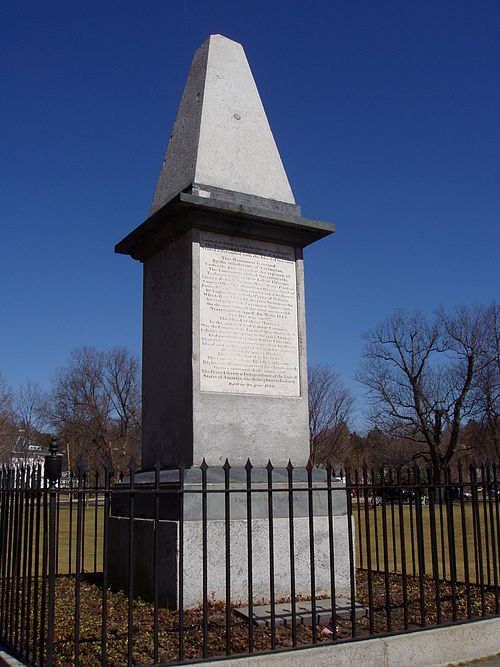 Overhead image of gravestone
Seven of the bodies were disinterred and reburied on the Common in 1836. The remains of Asahel Porter of Woburn were brought back to his hometown few days after the Battle.
​
Turning your back to the militia gravesite, proceed a few paces to the open area, and then to the second row of graves beyond it.  To your right, find the group of five gravestones where the Buckman family are buried.
Lexington Historical Society
Powered by